These days, I go to bed with seeing a hash tag #GazaUnderAttack and I wake up with seeing the same hash tag. This depressing event has become my routine for a week. Owing to Israeli bombings in Gaza, I have to go to sleep around two o’clock to three thirty. I have been always in mad mood and felt the worst in this week. What the hell? This even happened during Syrian war and Kurdish hunger strike. It was my busiest week for me.

From 9 November, Israeli Occupation Force (IOF, it is also called IDF) started air-raid on Gaza. Hamas resisted it by new rockets which have 75 kilometres range, and it succeeded to attack Israeli-occupied Jerusalem and Tel Aviv. A man in Gaza proudly talked that “Hamas is still inferior to IOF, but it definitely got stronger than before.” Indeed, it only had a rocket whose shoot-range was 15 kilometres before. It was just able to attack small territories of Israel around Gaza. But now that Hamas gained such a long-range rocket, it can attack the capital of Israel and Jerusalem – this has really big meaning.

Moreover, there are so many counterattacks against Israel otherwise than Hamas. Not say nothing of criticism by Arab countries, Anonymous, a worldwide hacker group, declared cyber war upon Israeli websites. For instance, it leaked personal information of 35,000 Israeli people such as names, addresses, phone numbers and email addresses. Besides hundreds of Israeli websites were shut down or re-written by the group. You can follow a hash tag #OpIsrael on Twitter. Once Anonymous is on Palestinian side, you can expect that Israel cannot win at the cyber war. “We do not forgive. Expect us.” This well-known phrase is honest. Incidentally, I am a member of Anonymous; I attacked some Israeli websites and made a success. We have a large number of agents in a lot of countries; therefore one state of Israel can never win over us, obviously.

Some human rights organisation is not silent, either. It announced that “The Israeli military must not carry out further indiscriminate attacks, or attacks in densely-populated residential areas that will inevitably harm civilians” and “It is time for the world to send Israel the message that it is not above the law and the Palestinians are not beneath it” while it also said that “Meanwhile, Palestinian armed groups in Gaza must not fire indiscriminate rockets into Israel.”

Then I got a simple question — Why does Israel attack Palestinians although it is obvious that it will be blamed by the whole world? “Because they simply hate Palestinians,” “Because Zionism is racism,” there would be many reasons. But there is also a clear answer, that is to say, “Because Netanyahu has to appeal for the election.” Remember, election kills. You know, this theory can be applied for the United States, too.

Often, pro Israeli people invoke a colored map which shows Arab countries and a Jewish country. Indeed, there are many Arab countries in spite there is only one Jewish country, Israel. But listen, if only you have such a broad outlook, you do not have to persist “Jewish country,” do you? Even though your horizons are so wide that you see the whole world, why do you care such a small standpoint? It shows that you are just a tokenist. 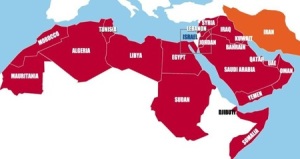 Speaking of approval, you will recall the state of Palestine. Palestine has not joined the United Nations yet, but it is approved as a country by 130 other countries and has diplomatic relations with 11 countries. Actually, Japanese government treats Palestine as an autonomous region planning to be independent from Israel. Japan has given Palestine economic assistance, Congress’s diplomacy and consultation with Israel since PLO office in Tokyo has been established in 1977. Since this year, Japanese government has begun to call director of PLO office “ambassador” although Japan has not approved Palestine as a country. This is an exceptional measure for Japan; it treats Palestine like “semi-independent country.”

Now, to return to the subject. Israel bombed Gaza because Hamas launched a rocket. Hamas launched a rocket because Israel oppresses Palestinians. It seems to rush round in circles; the very best beginning is not seen. Let’s stop arguing which started attack, it is nonsense. Balfour Declaration, however, can be regarded as the very beginning of this mess. The United Kingdom ruined everything, I believe. And even this damned declaration suggested that “the establishment in Palestine of a national home for the Jewish people,” in brief, it mentioned “a national home,” not “a country.” It also says that “it being clearly understood that nothing shall be done which may prejudice the civil and religious rights of existing non-Jewish communities in Palestine.” Lo and behold, the State of Israel has violating human rights of Palestinians for 64 years. They say Israel was established basing on this declaration, but Israel itself has encroached upon the declaration. I think Israel has too much incoherence.

“Israel is not real,” this phrase is often used by pro-Palestinian activists. I think so too and realized it represents almost things about Israel. Jewish people and Arabs were peacefully living some hundreds years ago. But now, look at this mess! Israel now has no right to exist. I do not say one-state-solution is the best, I am just demanding of Israel that it should keep the situation in perspective. It cannot exist without Arabic countries’ approval, you know.

For now, the State of Israel is a beautiful lie for Zionists and painful truth for Arabs. This situation must be changed. It is up to Israel because if Israel puts its weapon down, there will be peace but if Palestinians put their weapon down, there will not be Palestine any longer. I strongly hope and believe that Israel will understand this fact and turn its bloody policy. It is a must thing, Netanyahu.

2 responses to “Giving My Heart to Gaza”

What are you looking for?

Reckless journalist with passion who got deported 3 times.
I don't hesitate to use violence of words against tyranny.
Anti-government in almost every country.
Be bigger than the Earth, smaller than a bug.